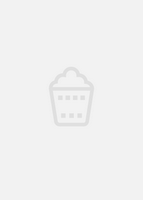 A political campaign is at its height just before the election that will decide the supremacy of either the reform party headed by a popular candidate or the old gang which is swayed by the rule of a typical political \"boss.\" The reform candidate is heard making a speech in which he threatens to close the dives of the city, one of which is owned by the boss of the anti-reformers. Henchmen of the boss hear the speech and inform him. He decides to plot against the reform candidate. During the election excitement a vagabond walks into town. He gravitates to the dive of the boss and is offered a job. He starts out with paste bucket and bills announcing the slogan of the anti-reformers. A series of ludicrous mishaps follows, in which Paddy, the vagabond, attempts to paste bills in the most impossible places and succeeds in covering most of the city with paste if not with bills. Returning to the headquarters of the boss, he hears the plot being hatched to ruin the reform candidate, whom he met a few minutes before, having saved his daughter from the attack of two ruffians and the grateful girl having taken him to her home and introduced him to her father. The boss and his henchmen catch Paddy listening to their plot and throw him into the street, leaving to commit their low deed, which consists of luring the reform candidate to the room of a notorious woman, who is to fall and pretend to sprain her ankle just as the reform candidate comes along. All works well until Paddy recovers from the blow that he received when he was ejected from the dive of the boss. He runs to the home of the reformer and notifies his daughter, who has just refused a proposal of the boss's son, a wholesome young fellow to whom she objects on account of his father. All three hasten to the room where the plotters have just succeeded in getting the reformer and the woman together as planned. Paddy and the two lovers dash in; Paddy explains the plot in the presence of policemen and newspaper reporters. A fight ensues, the reformer and his friends are victorious, the lovers are united, the boss resigns from the election race and shakes hands with the reformer and Paddy, walks out of town after having accomplished a deed that squares him with the world for all the worthless days he has spent.